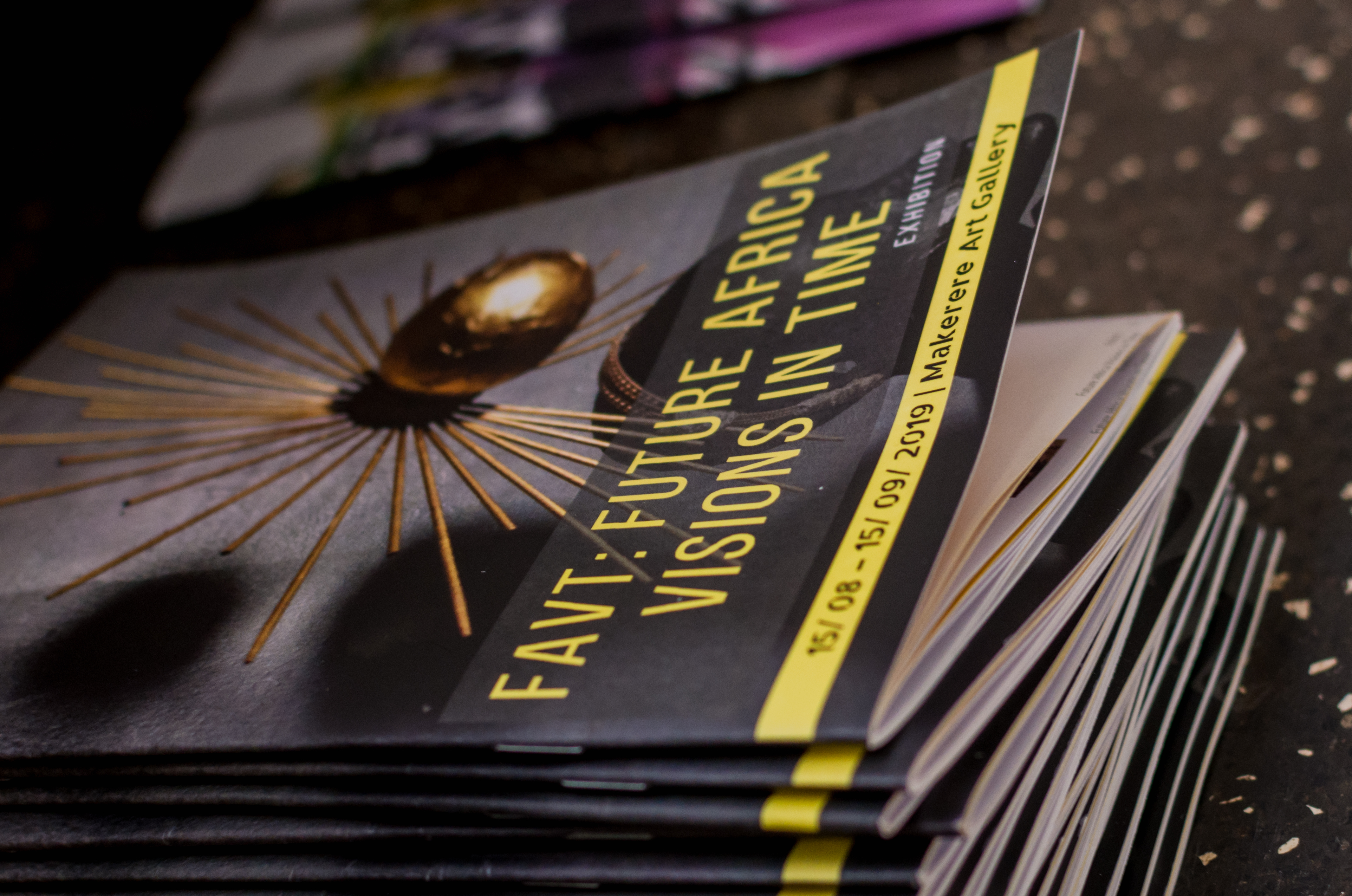 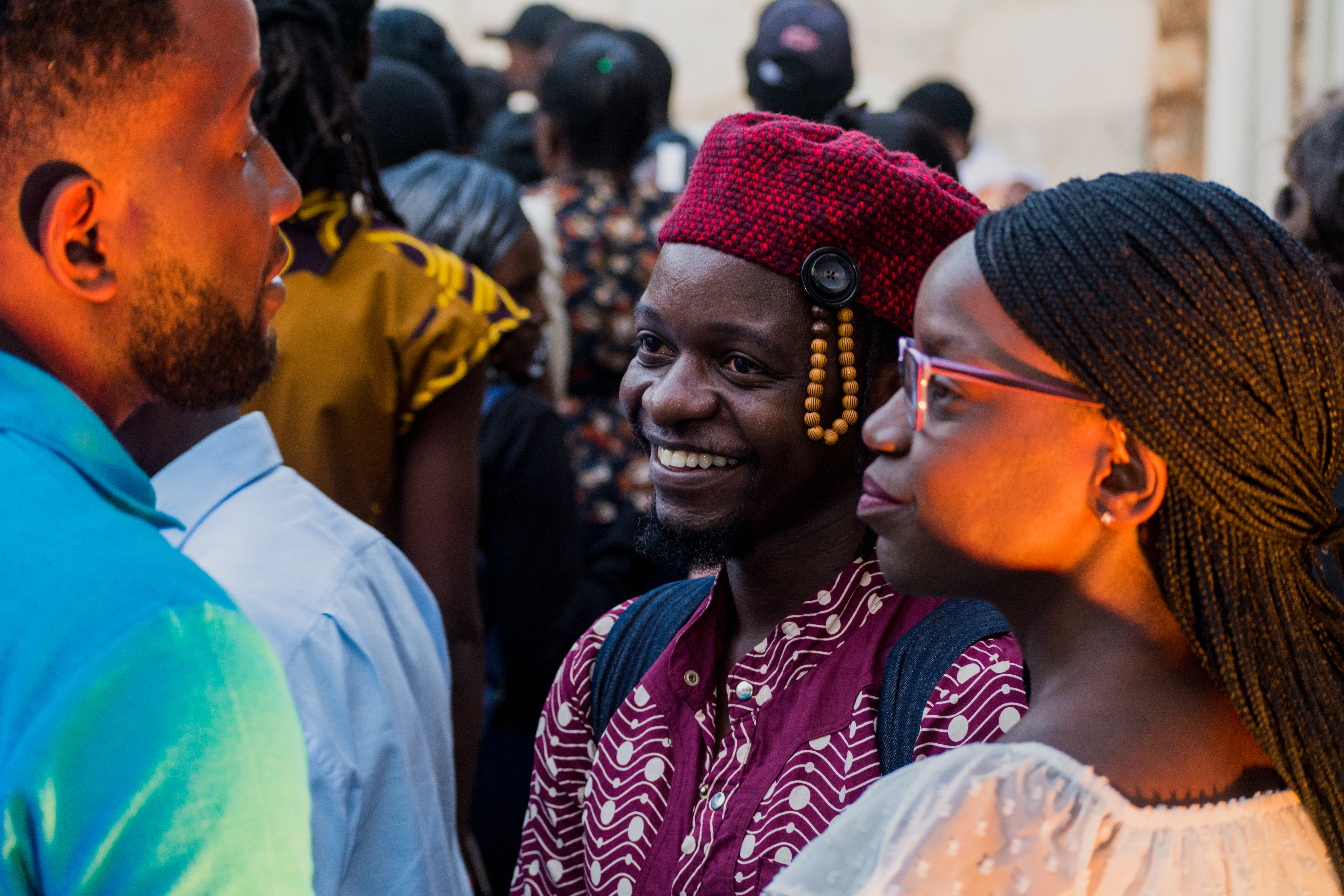 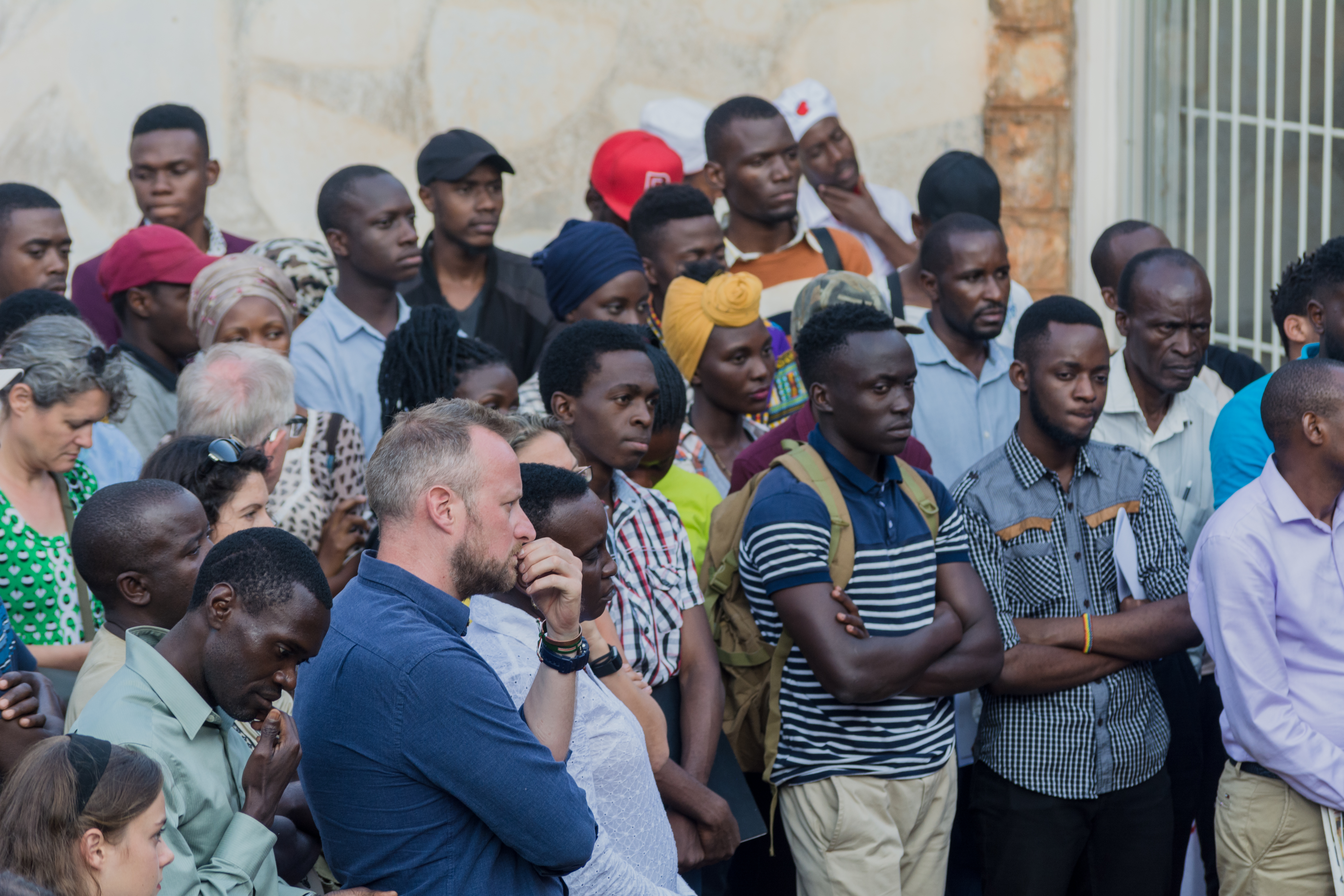 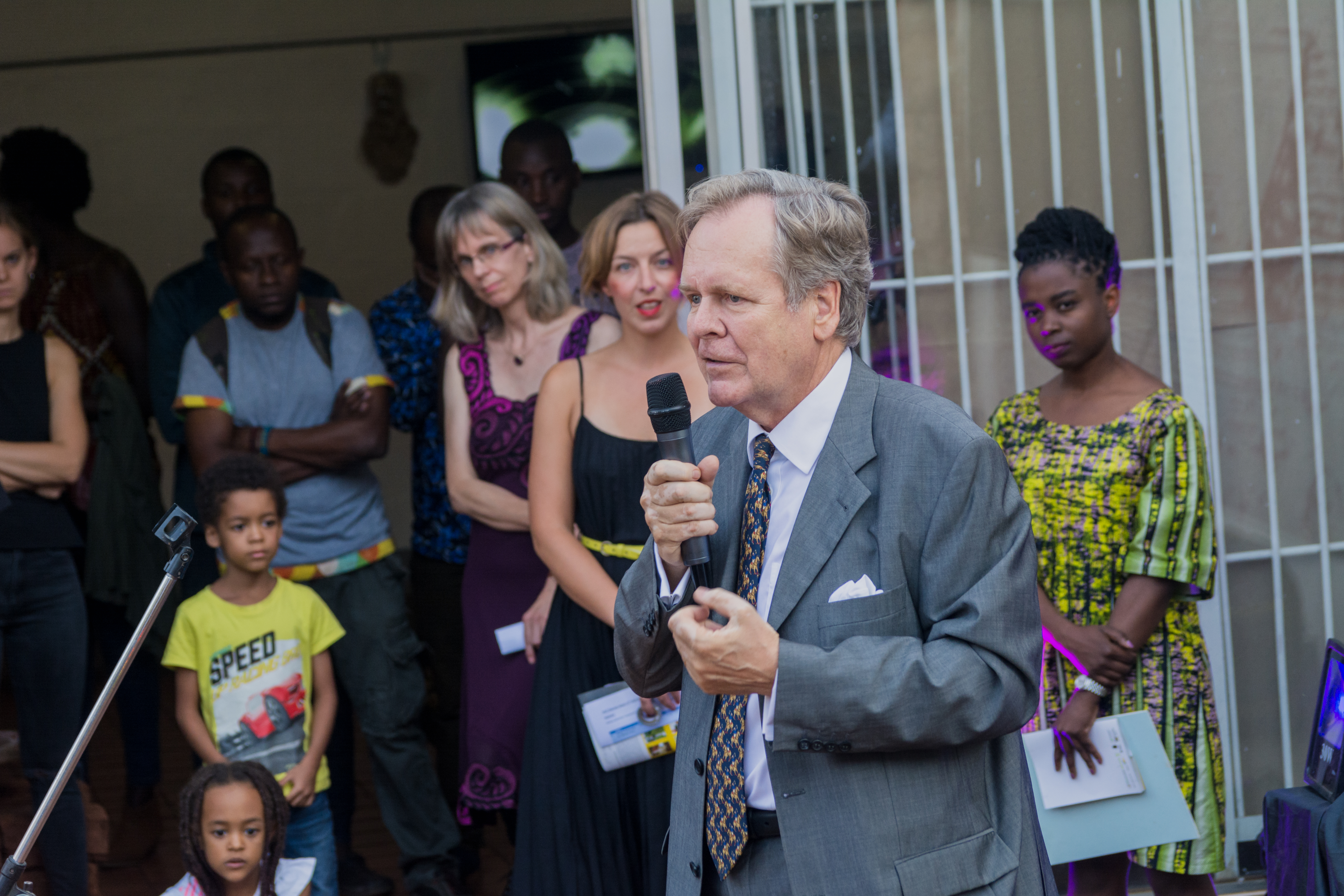 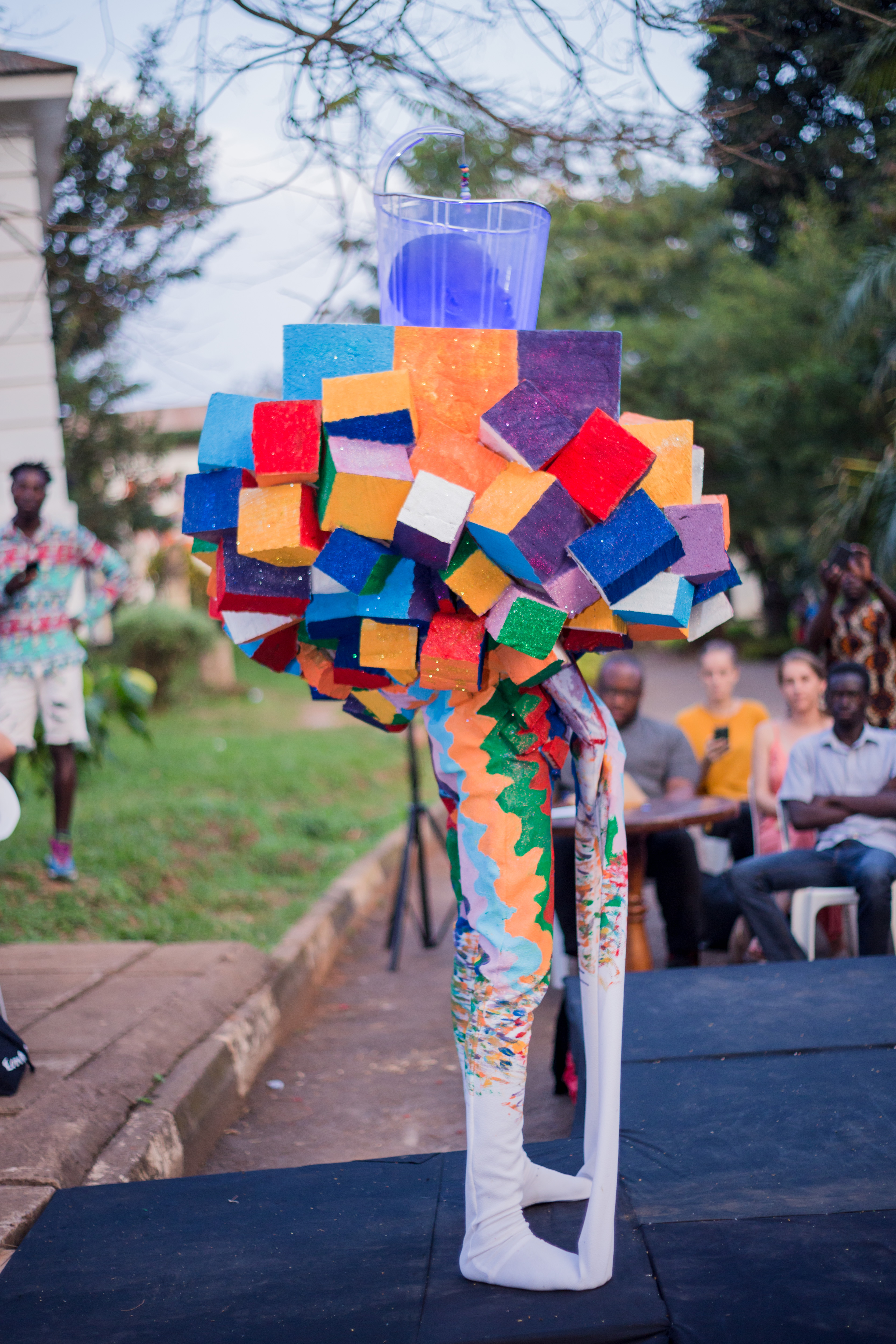 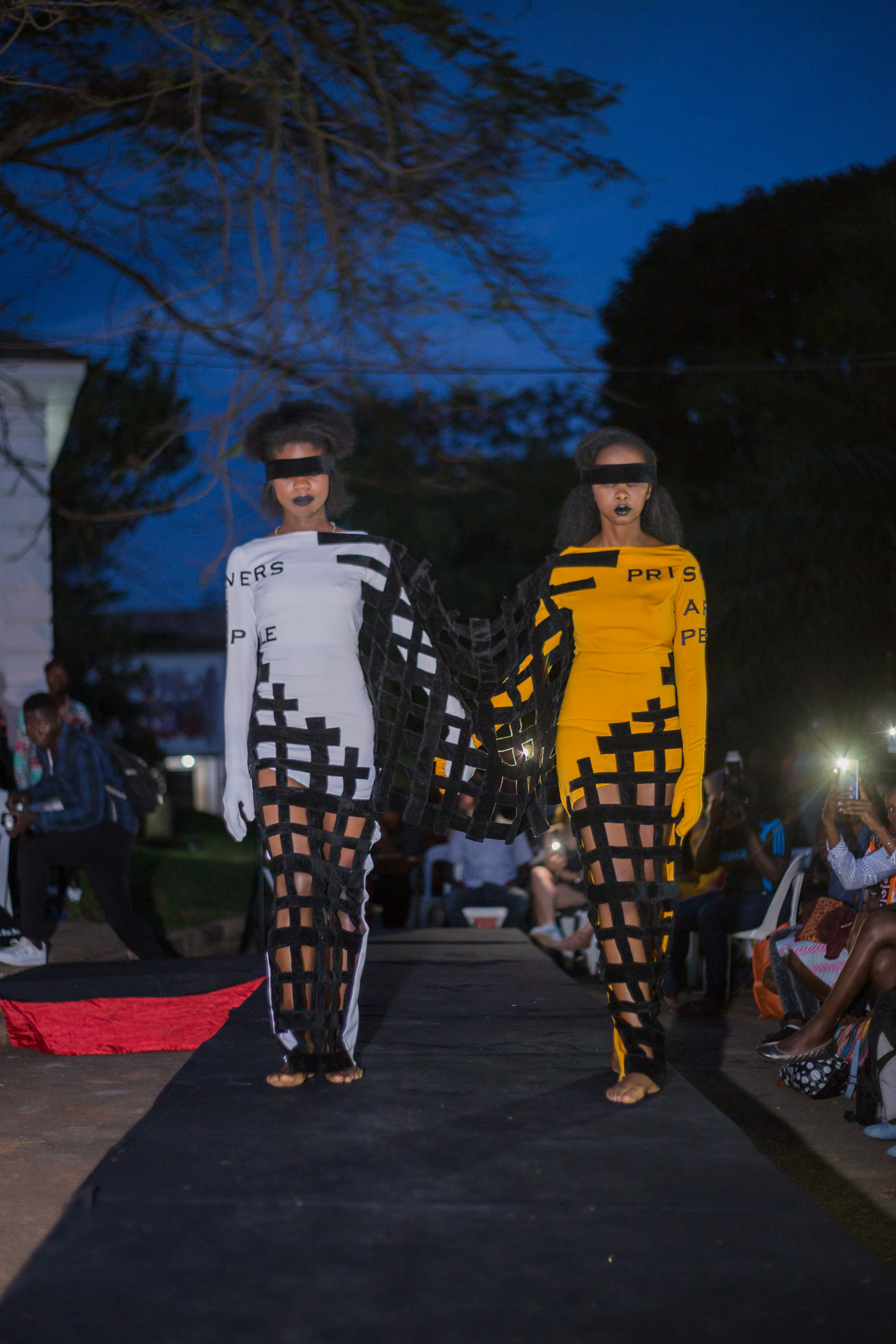 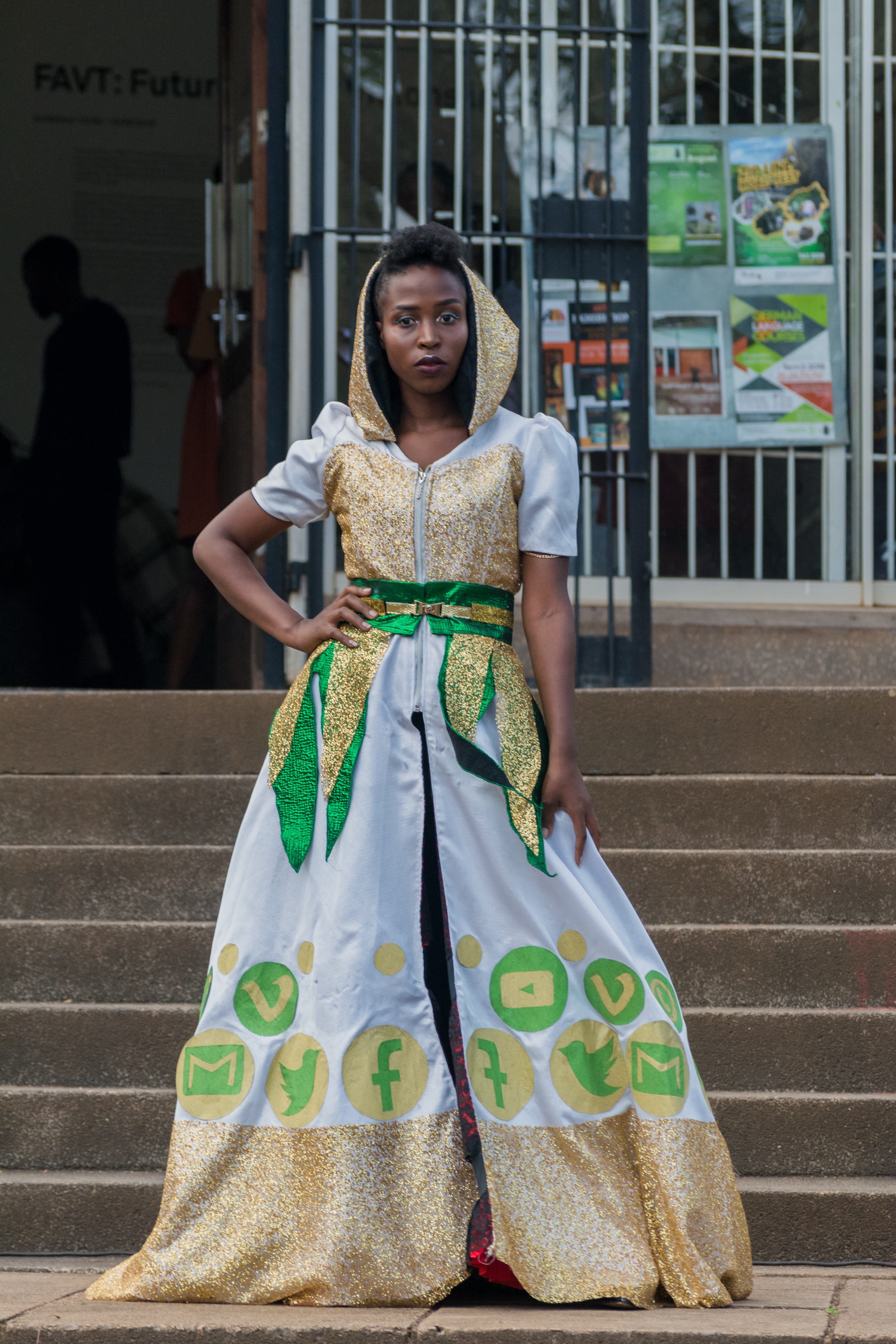 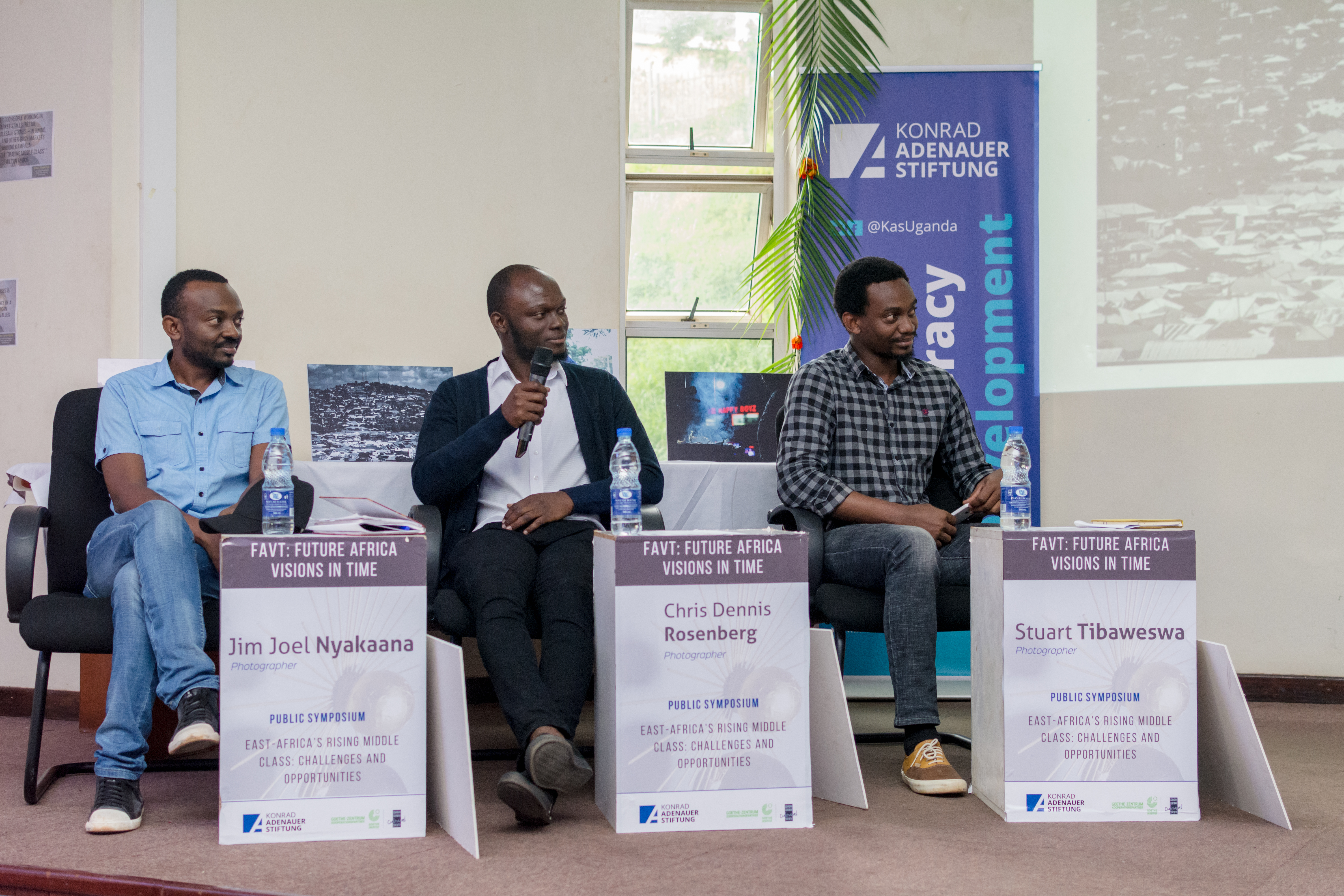 In the middle of August 2019, the second to last edition of the FAVT – Future African Vision in Time took off in Kampala Uganda with a series of workshops, conferences – and an impressive fashion show. The festive exhibit opening received a considerable amount of public attention. The roots of this long standing touring exhibit lie in the University of Bayreuth’s Academy of Advanced African Studies and is supported by the Cluster of Excellence.

The FAVT Kampala edition, realised in August 2019 on behalf of the Cluster of Excellence in cooperation with the Goethe Zentrum Kampala, brought together artists and researchers around questions of multiplicity and future. In a week-long intervention of talks and conferences that marked the beginning of the exhibition FAVT: Future Africa Vision in time, heated debates and breathtaking art activities were happening.FAVT exhibition – new exhibit piecesCurator Martha Kazungu, student at the University of Bayreuth and alumna of Makerere University, had put together an exhibition that aesthetically investigated the themes of multiple futures and their imagination.

As in every edition of FAVT, works were newly produced for that very exhibition. This was the case with the work “Everyday Queens” by Pamela Enyonu, a mixed media project inspired by the everyday woman and crowning, thus honouring their existence and efforts in afro-futuristic ways.

Additionally, the multi-sensual installation by Derrick Komakech was presented. Derrick Komakech is a multimedia artist, a folk-world musician and an experimental sound artist. Born in Gwengdiya, Northern Uganda, he grew up in a family that identified itself by making things by hand – objects that sometimes transitioned into rudimentary technology. An experience that has influenced all his works as a visual and performing artist. His body of work for FAVT was the piece “Bong luputu”, an installation and a performance video inspired by an Acholi proverb from the Okot p’Bitek poem Song of Lawino (1966). The poem states: “The pumpkin in the old home stead must not be uprooted”. This quote portrays the notion of uprootedness/migration in contemporary Africa with mankind being in a continuous pursuit of new desire/visions. The more these desires gather together, the larger and more complicated the constructed being becomes. Thus, this is the constructed fantasy, a fantasy of desire, and a fantasy of our time in contemporary Africa.

The exhibition was opened by an enthusiastic speech of Dr. Albrecht Conze, ambassador of the Federal Republic of Germany, and the FAVT-artists Emeka Alams and James Muriuki, as well as Dr. Katharina Fink as a representative of the University of Bayreuth.

Regarding the cultural industries and the material cultures of Uganda, a strong focus of the FVT intervention was on fashion. In a two-week long workshop, young designers were working around key terms of the FAVT glossary. The themes of #including, #disrupting and #intervening had been chosen by the curators specifically for Kampala. The creations, that emerged under the guidance of experienced mentors, were presented in an extravagant fashion show in front of the historic site of the Makerere Art Gallery: Colours, cuts and movement paid testimony to the multi-layeredness of the discussion around multiple futures. The audience was mesmerized by this aesthetic approach to the conceptual debate, created by Ainemigisha Mercy, Amynata Najjingo Mayanja, Asamo Dinah, Eric Tamale, Jacob Joshua, Jema Byamugisha, Joan Matenga, Mushirah Rabaab, Naggujja Margret Ssewaya, Nanozi Sumaiyah, Nakasagga Shamira, Susan Ssozi, Awori Immaculate, Peter Mugisha, and Namwase Bridget. For three weeks prior to the fashion show the workshop participants had cooked ideas on the themes of “Intervention”, “Inclusion”, “Disruption” and created their own designs –  mentored by Sarah Nakisanze,Muddugavu O Muddugavu (Sheila Nakitende), Nabukenya Helen, and Elizabeth Mbabazi. FAVT-artist Emeka Alams sponsored an important prize for the most impressive and detailed work of the fashion show,: a mentorship program with Emeka Alams renowned label “Gold Coast Trading Company”. It was awarded to Amynata Najjingo Mayanja.

In cooperation with the Konrad Adenauer Foundation, one of the key areas of FAVT, the stratification along class, were discussed in a well-attended and interested audience in a symposium of Middle Class. A report on the symposium can be found here: Link

The ongoing debates that FAVT stands for are followed up in the next – and last – edition of the project interfacing art and academy. It will be held in Kigali in November 2019. The debates are also documented in the zine edited on the notion of fashion and multiple futures, which will be launched in November 2019; as well as in the upcoming publication discussing and weaving together all editions of FAVT from 2017 to 2019. The book will be published in 2020. (kf)